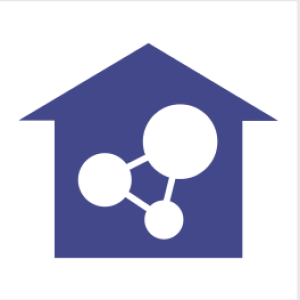 The pages of this wiki consist of articles highlighting the features and uses of Hubzilla. These articles are contributed by the Hubzilla community, and do not necessarily reflect the views or opinions of the Hubzilla project. All contributions will be assigned a Creative Commons Attribution 4.0 International license and may be republished or reused in various ways by the Hubzilla project for promotional purposes.

Say you have an account on a hub hosted at hubzilla.dev, but you worry about what happens if the hub is unavailable for some reason. This is the free web after all; your friend Peter runs hubzilla.dev and he doesn't have millions of dollars to pay for an industrial server farm.

Hubzilla has a killer feature called "nomadic identity" that allows you to make clones of your channels on separate, completely independent hubs.

You can head on over to another hub called beta.dev and create a new account, using a different email address and password than your account credentials on hubzilla.dev.

When you go to create a channel on the new hub, you choose the import existing channel option.

When you import a channel, you can either provide your hubzilla.dev account credentials to automatically fetch and create the clone of your channel, or you have the option to upload a file containing the private channel information. The first option is the most convenient; the second option is the most private and robust, since the original hub does not even need to be online at the time you import your channel data on the new hub.

When you log in for the first time on beta.dev, you can see all your channel's posts and content that originated on hubzilla.dev.

Now you see where the magic happens. On the new beta.dev hub, you can post something...

... and it automatically synchronizes with your original hub!

Your clone is an equal "version" of you on the grid. The synchronization is transparent to the people that comment on your posts or share things with you. If your primary hub goes offline for some reason, you can continue your communications using your clone. When your primary comes back online, it will sync automatically in the background.

You can even delete your original account on hubzilla.dev and make beta.dev your channel's primary hub, which allows you to do something you can't do on any other decentralized social networking platform: migrate your identity and connections seamlessly between servers.

This is true ownership of online identity. This is nomadic identity. And it's only available on Hubzilla.

Embed an image from your albums

Sorry, you have got no notifications at the moment...